Cardiff and the Vale - October 21 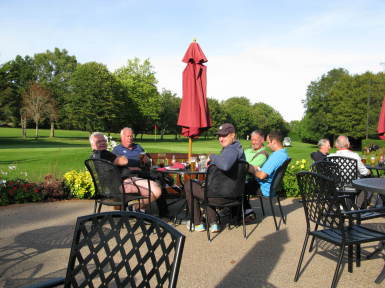 In rolling green hills with distant views of higher land. A silent, calm day, broken only by bird song and the muted chatter of happy golfers bathed in the delight of warm sunshine. The South of France? No, the Vale of Glamorgan in mid-October where Kilgetty Golf Society were spending their annual away trip. We have not always been so lucky – Worcestershire three years ago a wet, soggy affair comes to mind but the Gods smiled on us this year, relegating recent world problems to the far corners of our minds.

So, to the first day at the Button course at Cottrell Park Golf Club, which certainly hit the button. In excellent condition all 19 participants enjoyed the experience even if they didn’t score well. First up was a session at Pebble Beach on the Golf Simulators for those brave enough to display their weaknesses in frightening statistics – “side spin – what’s that?”. Out on the course the only numbers to contemplate were scores per hole, stableford points and distances. The pressure was on to finish as high as possible so one could have longer in bed the following morning as the “F” team would be first out at the next course, The Glamorganshire.

I won’t dwell on those who arose early the next morning but some were seen to creep off to bed before the evening’s social niceties were over. Higher up the order, the “B” team included Martin Dangler Davies who had a good day on the Button despite his constant complaints of injury. He was often spotted charging about the rolling hills in his buggy with passenger Steve Gizmo Jones dangling over the side and holding on for grim death! Dangler had scored a fine 30 points. His partners were the Newport Links duo of Graham Bubba Watson and Alan Jeffers Jeffrey, 28 and 29 respectively. Bubba occasionally and spectacularly bent his shot around trees but usually in the wrong direction! Nevertheless, a good score on a course strange to him. Ditto Jeffers.

Four high scorers at the Button and hence in the A Team and last off at The Glamorganshire, were John Dynamo Richards, John Hamster Hammond, Dave Camper Crowley, and Gizmo despite feeling dizzy and sick. In fact, Gizmo had won the Button with 37 points, Hamster waddled into second with 34, and Camper pitched into 3rd  with 32. Other prizes at the Button were: “Wooden Spoon” won by Tom Tiger Woods who once again did not live up to his nickname; “Nearest the Pin” prize was captured by Meurig Careful Evans; “Longest Drive” was by Simon 3-Piece Sweet; and Dangler won the best 28+ handicap award. There were 3 Twos, by Camper, Careful, and Rob The Builder Nixon. The best team comprised Dangler, Gizmo, and Dynamo.

So, after an excellent stay at the Future Inn in Cardiff Bay we set off the next morning to the Glamorganshire Golf Course famous for its association with Dr Stableford who devised the familiar scoring system and where it was first used in 1898, and to which we all adhere to this day. Well, all that understand it, that is! Which leads me to the World Handicap System which most of us don’t understand to a greater or lesser degree! Consequently, we play to our own system which is much simpler.

Again, what a beautiful day where we could appreciate the panoramic view from the course over the Bristol Channel to that foreign place called Ingerland, and towns such as Brissle, Western-Super-Mud, and Minecamp. Up first, team F strove to banish yesterday’s poor form and mainly succeeded in improving their points score, unfortunately as a team still coming last with 70 points. Anthony Ferry Ryan putting on an extra 13 points from the previous day. Team E did much better with 85 with Careful contributing 31 of those. Team D raised the bar again with 98 points -including a superb 37 points by Shaun Chatterbox Taylor which won the day, 36 by John Flutter Williams who came third, and 25 for the second day running for Paul Goodvalue Marsden.

Team C amassed 101 which was the highest total of the day to win the best team prize with 3-Piece coming second overall with a Stableford score of 37, losing to Chatterbox courtesy of a worse back 9. His playing partners Jack Zabaglione Zeraschi and John Merlot Viner scored 34 and 30 respectively. Team B disappointed with 87 perhaps worn out by the Button; Dangler highest scorer with 31 and for the second day running, or rather buggying, winning the 28+ prize.

Team A took their elevated position perhaps more seriously than others but all failed to reach their previous heights combining to score 83. Gizmo however did manage 35 points, after having been dropped 3 shots but it wasn’t enough to get him a prize. The other prizes went to: “Nearest the Pin” Dynamo on the 18th in full view of the earlier players who were quenching their thirst on the terrace. Chatterbox hit the “Longest Drive”; Bob Dixie Forrest and 3-Piece sweetly hit “Twos”; Phil Effervescent Andrews failed to fizz and won the “Wooden Spoon”.

Gizmo was the Overall Champion with a combined total of 72. The handicap committee at his home club, Trefloyne, will now be on the case. Second was 3-Piece on 63, and third was Flutter with 62.

2021’s trip to the Vale was one of the best in the Society’s history, and thanks must go to the organisers, the hotel, Cottrell Park and The Glamorganshire golf clubs, and also to all participants for their good humour both on and off the course. 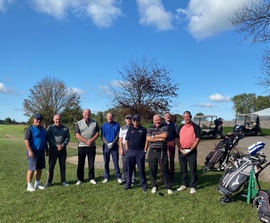 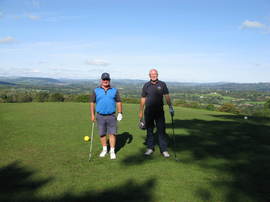 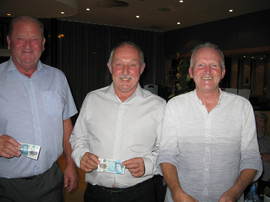 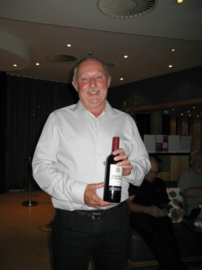 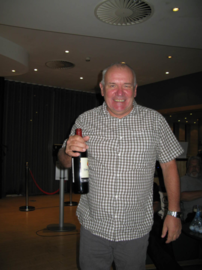 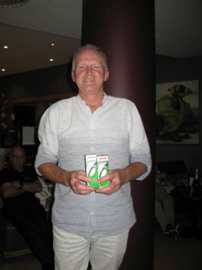 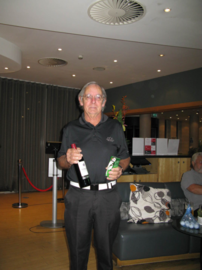 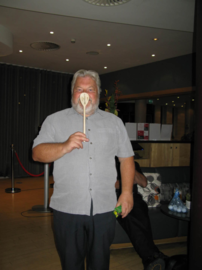 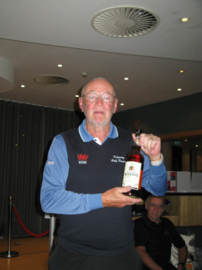 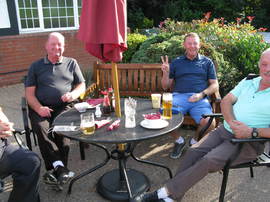 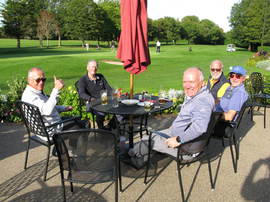 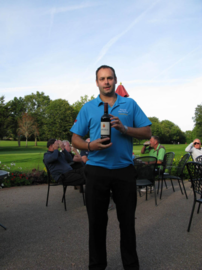 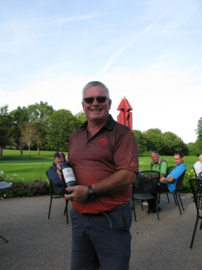 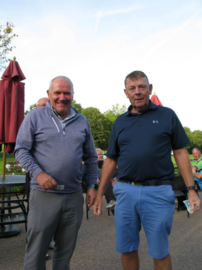 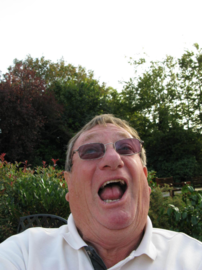 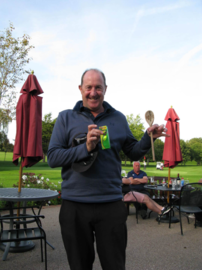 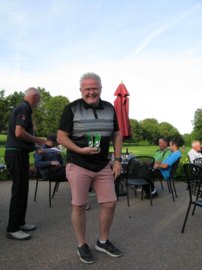 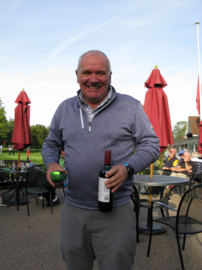 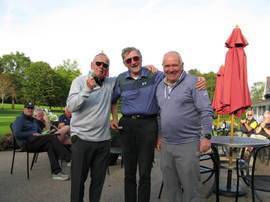 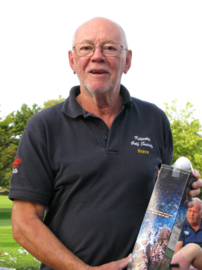