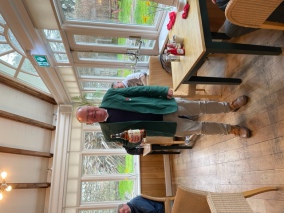 The Man with the Golden Putter

For once our luck with the heavens didn’t hold out and we started in high winds and light rain. Anyone who has ever been to this lovely course will appreciate what an effort it is to even hit a ball in the winds directly coming off the Irish Sea! Regrettably we called it a day after 9 holes and repaired to the pub, or rather The Grove Hotel, for warmth and sustenance.

Suitably fed and watered, Steve Gizmo Jones presented the prizes as follows, bear in mind the points only reflect 9 holes:

Alan Sooth Sayers won the Longest Drive, ably assisted by the strong wind, must have been a 60mph gust when he hit it! Unsurprisingly, no one won the Nearest the Pin prize which should have been renamed the Nearest the Green, or even Furthest from the Tee! Similarly, there were no Two’s.

Our stalwart Kelvin Curtains Boughey won the prize for best over 28 plus handicap with a score of 13. The Wooden Spoon was a close contest between Graham Bubba Watson, Steve Banbury Cross, and John Hamster Hammond. Banbury won it for the first time to the delight of Bubba and Hamster.

However, our overall Champion High Flyer was Bond, not James, but Graham Basildon Bond with an unbelievable 17 points and his first ever victory with KGS. Congratulations Graham, were all your shots grasscutters? Sorry shots “kept under the wind”. On the day definitely the man with golden putter, wedge, and driver!

A 3 shots cut in handicap awaits him at our next fixture on March 13th at Carmarthen Golf Club. 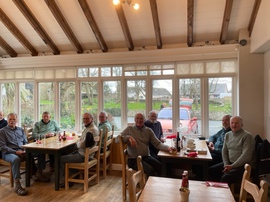 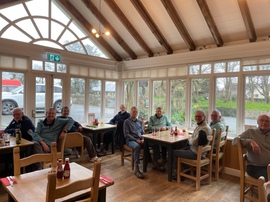 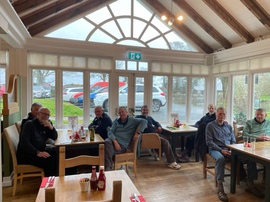 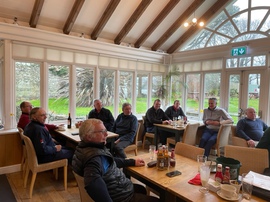 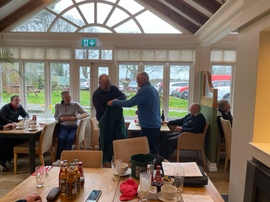 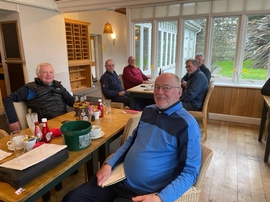